‘O that you would tear open the heavens and come down’ Isaiah 64.1-9

‘O that you would tear open the heavens and come down’ (Isaiah 64.1) 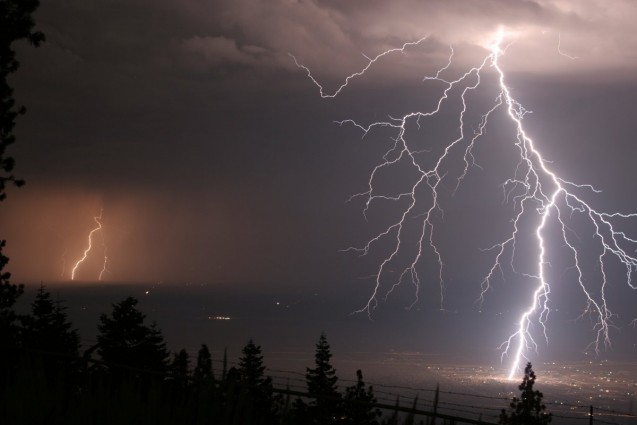 In Isaiah 64, the people of Israel have returned from exile.
For 70 years they had been captives and slaves in Babylon, and then there is a change of political regime and they are allowed to return

But when they arrive back, they discover that the land has been devastated.
The cities are like a wilderness - think of images of some of those old Soviet cities that have now been abandoned
Jerusalem is a desolation
And the temple has been burnt to the ground
All that is left are ruins.

And the prophet is praying, ‘Where are you God?’
‘O that you would tear open the heavens and come down’ (64.1)

And the prophet remembers how God has acted in wonderful ways in the past:
‘When you did awesome deeds that we did not expect ...’ (v3)
‘God works for those who wait for him’ (v4)

He remembers the stories that he has been told

Old stories of how God had rescued his people when they were slaves in Egypt, about 1500 years earlier. How he had brought them out of Egypt, broken open the Red Sea so that they could walk through it, given them his law on Mount Sinai, and led them through a desert wilderness so that they eventually came to the promised land.

New stories of how God had stood beside Shadrach, Meshach and Abednego when they were thrown into a pit of fire because they refused to worship the idol that King Nebuchadnezzar had set up. He threw three people into the pit, but when he looked he saw four people in the pit. And the fourth was like a son of God.

That was an event that had happened in living memory.

But as the prophet prays, he begins to reflect on the fact that God had been angry with his people.
That he had turned his back on them, and that they had sinned.

What seems to be happening is that the people of Israel rebelled against God; God sent them the prophets to call them to turn again to him, but they refused to listen to them. They shut their ears to the message of his love and his law. They turned their back on him, and so God turned his back on them.

He hid his face from them.

He allowed them to continue to sin and to then suffer the consequences of their sin. They sowed the wind and reaped the whirlwind.
Even the good things that they did were like filthy rags in the eyes of God.
“You have hidden your face from us, and have delivered us into the hand our iniquity” (v7)

And for Isaiah, as the people survey the ruins of Jerusalem and the temple, the terrifying fear is that God had once and for all finally abandoned his people. That He would never return.
That they would have to learn to live without God, and without hope

But Isaiah is not prepared to give up.

He remembers how God rescued his people in the past
He faces up to the fact that God has been angry with his people
But, in verses 8 and 9, he appeals to the love and kindness and sovereignty of God.

So God, he says, where are you?

And with them, he prays ‘Come to us’
‘O that you would tear open the heavens and come down’

Well, God answered Isaiah’s prayer
Not immediately. In fact the people had to wait 600 years for the answer.
And when God did act he did ‘an awesome deed that we did not expect’ (v3)
And when he did ‘tear open the heavens and come down’ it was in quite an unexpected way.

It was not with the fire and thunder and lightening and earthquake that Moses saw and heard when the law was first given on Mount Sinai.
Instead, in the stillness of a Middle Eastern night, cries were heard. The cries of a woman as she gave birth, and a baby was born.

Heaven was torn open and God came to earth

The God who was up there became also the God down here - the God with us.
Jesus is Emmanuel, which means 'God with us'
After his resurrection he appears to his followers and says, 'I will be with you to the very end of the age'.

And even though God is no longer physically present with us here on earth as the human person of Jesus, that does not mean that he is not with us.

And maybe we are feeling flat and empty and broken and guilty and fearful and futile, but the promise is that, despite our sins, God has not turned his back on his people.

He has come down to us and he is with us.
He stands with us in this plague.
He is there beside those who are dying separated from their families.
He is in the homes of people who do not know where their next ‘daily bread’ will come from
He knows our fears, longings, sin and righteous deeds, confusions and frustrations.
He has spoken to us and he speaks to us .. and he will go on speaking to us for as long as we have the ability to listen to him.
He has given us very physical tokens of his presence: in baptism and Holy Communion.
He has given us his Holy Spirit to live in us
And he is working in us transforming us, preparing us for eternity, when we will will see him, and be like him, to be with him.

We may turn our back on him, but he will never again turn his back on us.

And yes as Christians - especially on this Advent Sunday - as we stand among the ruins, we long and wait for the day when our Lord Jesus will return again, when the ‘Son of Man’ will come in the clouds, with great power and glory.

We hold on to his word and to his promise, which will never fail, as we long for the day when his kingdom will come, his kingdom of everything that is good and right and true and beautiful, when there will be no more sin or sicknessor suffering and death.

We long for the day when we will see him and be like him.

But there is a big difference between our hope and the hope of Isaiah.
Isaiah’s hope was uncertain. Maybe God had finally turned his back on his people. Maybe he would never act again on behalf of his people.

But our hope is certain. He will come!
And we know that because two thousand years ago, God answered the prayer of Isaiah, the heavens were torn open and God came down.