Showing posts from May, 2020
Show All

John 7.37-39
Three verses – but there is so much here.
Jesus is talking about the Holy Spirit “Now he said this about the Spirit, which believers in him were to receive"
1. We receive the Holy Spirit when we come to Jesus, when we believe in him. ‘Let anyone who is thirsty come to me, and let the one who believes in me drink’ (John 7.37)
When we come to Jesus, then he will give us a glass with this life-giving water, and if we believe him, if we trust him, we will take that glass and we will drink it.
I’ve been trying to think through what it means to come to Jesus, because Jesus says it so often – especially in John
The people he is speaking to, could literally go to him physically with their bodies. But that did not mean that they were going to him with their minds or their hearts. They could go intending to be entertained by him, laugh at him, criticise him, judge him, to condemn him. Many of them did. That is not coming to Jesus
We cannot go to him in the same way physically, but we…
Post a comment
Read more

'What does Jesus pray for us in heaven? 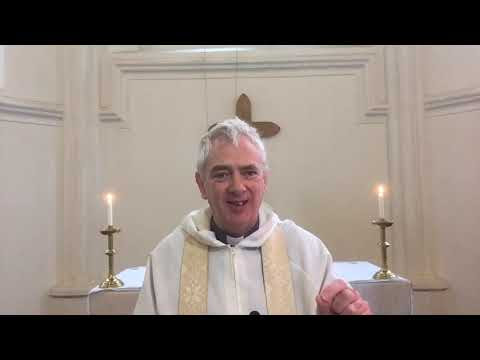 John 17.1-11Jesus is reigning in glory.We are told that he is in heaven and is praying for us.And John 17 is one of the prayers that Jesus prays for us.It is the final prayer of Jesus before they arrest him and take him to be crucified.
He pours out his heart – his deepest desire – to God his Father. And what he prays for his disciples then – he prays for us now.SO WHAT DOES JESUS PRAY?He prays that we, his people, are protected so that we might be one.V11: ‘Holy Father, protect them in your name that you have given me, so that they may be one, as we are one’. V21: ‘I ask .. that they may all be on. As you, Father, are in me and I am in you, may they also be in us’V23: ‘I in them and you in me, that they may become completely one’.
We usually pray for protection from enemies, persecution, poverty, stress, shame, loneliness, sickness, sadness and things like that.But Jesus doesn’t pray that we will be protected from those things – at least not here. In fact, we are told that we will expe…
Post a comment
Read more

Do not let your hearts be troubled 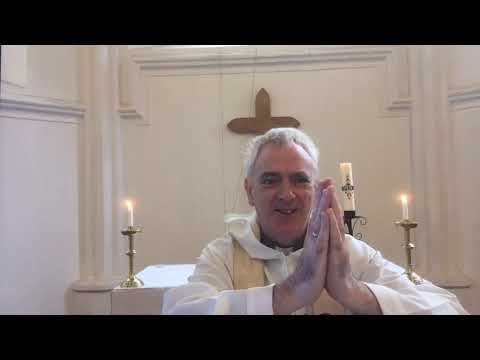 
Do not let your hearts be troubled!
Jesus speaks these words after he has told his followers that he is going away and that they can’t come with him; He has also just told Peter, one of his first followers, that he – Peter – will deny him three times.
That is pretty devastating. These are people who have put their trust in Jesus and followed him for the last few years of their life. Their faith in Jesus, and their faith in themselves, is going to be radically tested.
Perhaps for some of us this whole Covid-19 thing has made us question faith – particularly if difficult things have happened. Maybe we have questioned Jesus – maybe we have been forced to question the integrity of our own faith. When it gets tough, when my own well-being is threatened, will I still live for him? Will I still put him first or will I just want to save my own skin?
But Jesus gives his followers and us several reasons why our hearts should not be troubled
1. Jesus reassures us that if he goes a…
Post a comment
Read more 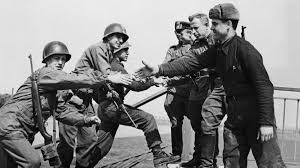 75 years ago, at 3pm UK time (5pm Moscow time), in a coordinated approach with the allies, Winston Churchill announced to the people of the UK that the war in Europe had ended.
In fact, the final German surrender was not until midnight May 8th, central European time, which meant that for Russia it took place just after 1am on May 9th. That is why VE day is celebrated here on May 9th and not, with most of Europe, on May 8th.
Peace had come. 6 years of war in Europe was over. There was an explosion of joy.
But at what an astonishing cost.
I don’t know the figures for Europe alone, but globally it is estimated that about 70-85 million lives were lost. In the Soviet Union alone, that figure is estimated at 27 million. In Russia, 1 in 8 people died, and in Byelorus it is estimated it was 1 in 4. And those are not just statistics. Each individual death is a devastation – leaving behind the wreck of broken lives and crushed dreams.
Was it worth it? Well, what is the price of freedom? And…
Post a comment
Read more 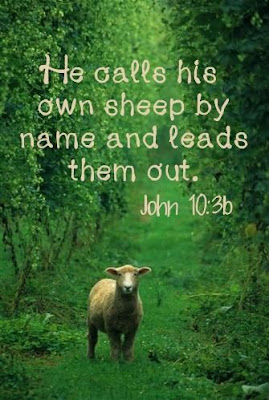 The story is told of an actor who was asked to read Psalm 23 at a big event by a minister. He said that he would on one condition – that after he had read the Psalm, the vicar would read the Psalm as well. She was surprised but agreed. He read the Psalm. It was beautiful. And then she read the Psalm. It wasn’t the same; there were one or two mistakes. But when she finished there was one of those awesome silences that there can be when we worship, and when we know that God is present. And the actor said, “Do you see the difference? I read it as someone who knows the Psalm. You read it as someone who knows the shepherd”.
I want to talk with you today – from John 10 - about our shepherd.


It is an incredibly rich passage – there is a cascading waterfall of metaphors! But I would like to focus on just one verse: ‘The gatekeeper opens the gate for him (the shepherd of the sheep), and the sheep hear his voice. He calls his own sheep by name and leads them out’ (10:3)
1. Jesus is th…
1 comment
Read more
More posts