Showing posts from March, 2021
Show All

Some reflections for Holy Week based on James Macmillan’ Kiss on Wood, Vivaldi’s Stabat Mater, and Tavener’s Prayer of the Heart. Kiss on Wood: James Macmillan Our first piece of music is from James Macmillan. It is called kiss on wood. In the Roman Catholic Good Friday service, the congregation are invited to come forward to kiss the cross, with the words   “Behold the wood of the cross on which the Saviour of the world was hung. Come let us adore him”   And I have reflected on those words.   I imagined a carpenter’s workshop in Jerusalem It is a bit of a seedy place It was certainly not the workshop of a carpenter craftsman.   This is where they take something that was once living and breathing - a tree - and turn it into an instrument of death. This is a place where they take two or three rough pieces of wood - and nail them together.   It doesn’t require any skill. The wood does not need to be prepared or sanded down or treated. It is a late in the day job with cast-off wood.
Post a Comment
Read more 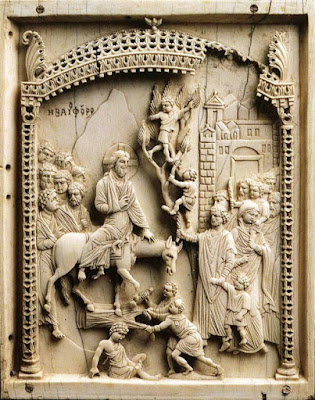 Mark 11.1-11 There are those who go ahead of Jesus and those who trail behind Jesus. There are those of us who go ahead of Jesus At the time these were the ones who thought they knew what Jesus had come to do: he was coming as a military ruler and he would breath life back into the resistance movement. He would raise an army and by force he would expel the Roman occupiers, and then he would establish the Kingdom of God. Israel would again be free. The cause was everything and they were believed that Jesus was the man for their cause. But they had missed the point. This was not what Jesus had come to do. It is very easy to think that we can recruit Jesus to our cause: the environment or the economy, socialism or capitalism, gender issues or traditional values. We imagine that Jesus is the champion of our cause, that this is what he is all about, that this is what the gospel, the good news, is all about. Or maybe we are not quite as idealistic. We go ahead of Jesus in the sense that we w
Post a Comment
Read more

March 25, 2021
John 12.20-33 A talk given on the occasion of the wedding of Ben and Rumiya in St Petersburg, on Passion Sunday We’re talking today about the death of the will for the sake of Christ. I’ve recently been reading the story of Laurus by Vodalazkin . It is a story - of Arseny, a mediaeval Russian peasant, who completely renounces his will for the sake of his love for Christ and for the salvation of his beloved Ustina who died during childbirth because of his pride. At one point, he is attacked by bandits, and when he comes to, he is in a ditch, skeletal, beaten and bruised, with long, matted and bloody hair, and naked. He puts on the filthy lice infested rags - one of the robbers stripped Arseny of his clothes and left behind his own rags. Arseny crawls to a river and sees his reflection. He sees his body and does not recognise himself. He is horrified at what he has become. He realises that he hates his body with a passion. And then he laughs. In the story, he is called to become a
Post a Comment
Read more 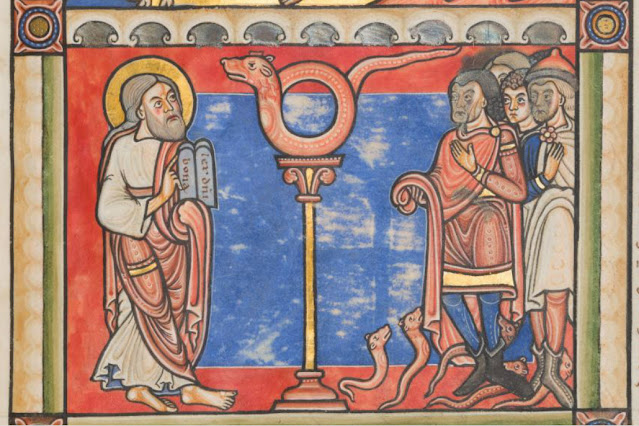 John 3:14-21 John 3:16 is probably the most well-known verse in the Bible. It is one of those verses that it really is worth learning off by heart. “For God so loved the world that he gave his only Son, so that everyone who believes in him may not perish but may have eternal life.”  But in order to glimpse a tiny bit of just how rich it is, we need to understand verses 14 and 15    “And just as Moses lifted up the serpent in the wilderness, so must the Son of Man be lifted up, that whoever believes in him may have eternal life.” John 3:14-15 We read about the lifting of the serpent in the wilderness in our reading from Numbers The people of Israel had been slaves in Egypt. They were crushed and beaten. Their baby boys were taken away from them and killed. They were locked into their ghettos, forced to work for their Egyptian overlords, and when they did not meet their quotas they were beaten. And so they cried out to God. They asked God to rescue them, to deliver them. And God hea
Post a Comment
Read more 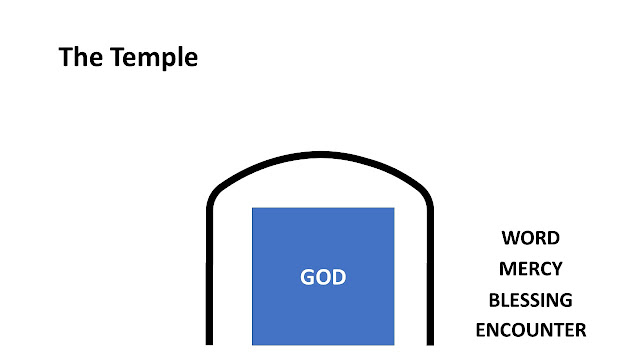 John 2.13-25 Last week we spring cleaned room 19. Everything is clean and in its right place Today we read about a spring-clean: a physical clean and a spiritual clean. Jesus goes into the temple and cleans it out. The temple was at the very heart of the spiritual life of Israel. And at the physical heart of the temple was the Holy of Holies: the place where God said that his name and his presence would dwell. The Temple was God’s dwelling place on earth.  It was the place where men and women came to meet with the holy God: to hear his word, to receive his mercy, to ask him for his blessing, to encounter God. And for Jesus, the Temple was not just the dwelling place of God on earth. For Jesus, the Temple was the dwelling place of the one he calls, 'My Father'  The problem was that the people had allowed other things to take the place of God. They had lost the centre. They had forgotten what this building was all about. And they had replaced God with trade. They had turned the t
Post a Comment
Read more
More posts