Showing posts from October, 2014
Show All

Living for God in an idol obsessed world

October 18, 2014
1 Thessalonians 1.1-10 listen to ‘living for God in an idolatrous age’ on audioBoom Over the next few weeks we will be spending time with the letter that Paul wrote to the new church in Thessalonica. This letter is almost certainly Paul’s first letter and the earliest Christian document that we have. It was written about 15 years after Jesus’ death and resurrection. That is very close. It is a bit like someone writing today about the impact of something that happened in 2000. It is a letter which does four things.  First, and this is what we look at today, Paul gives thanks for the Thessalonian church. Second (chapters 2 and 3), he reaffirms the authenticity of his ministry and his love for the Thessalonian believers. Third, he urges them on to sanctification – to live a holy live (that is chapter 4.1-12); and finally he reassures them about those who have already died (chapter 4.13-5.11) So in chapter 1, Paul gives thanks to God for the Thessalonian church.
Post a Comment
Read more

Being ambitious for God - a talk for harvest 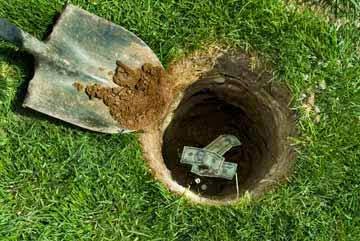 Matthew 25:14-30 The parable of the talents I'd like to speak about being ambitious  - about being ambitious for God. This is the story of three people. They were each given a share of the masters property. Two worked hard. They used what they had been given in order to make more. One did nothing. He buried the gift. And when the master returns he is condemned. Margaret Thatcher famously used the parable of the talents. She spoke of how it was a story of taking what you have, working hard and making something for yourself from it.  But the parable of the talents is not a theological justification for unbridled capitalism. It is not about the person who made good, who says ‘God I came from a council estate, I had limited education, I never knew my dad, and mum was messed up and I had nothing – but now I have £56 million. I’ve used the nothing that I had but now look at me’. That is great - depending on how you have made your £56m! It is good to take what we ha
Post a Comment
Read more

The story of Samson

October 05, 2014
Judges 13-16 This is the story of two peoples: Philistines, Israelites  The Israelites had been chosen by God to be his special people. God was going to do something in and through them that would bring blessing to the whole world. But they mess up, disobey God, and run into trouble And trouble came in the shape of the Philistines. The Israelites are occupied and crushed by the Philistines. So they cry out to God. And God sends them a deliverer ... Samson. There was an elderly couple: Manoah and his wife. We are not told her name but she is the most important person at the beginning of the story. She is told by an angel that she would have a son and that he would be a Nazirite - someone who would be dedicated to God, who would begin to bring God's deliverance for the people from the Philistines. And as a sign, he would not drink alcohol and his hair would never be cut.  So Samson is born. From the very beginning, the Spirit of the Lord begins to stir him (13.
Post a Comment
Read more
More posts