Showing posts from December, 2019
Show All

Where was God in the massacre of the children?

December 30, 2019
Matthew 2.13-23 Luke and Matthew tell the story of Christmas in different ways. They focus on different things. Luke tells us that there was no room in the inn, and that Jesus was born in a stable, laid in a manger and visited by shepherds – social outcasts at the time. He wants us to know that Jesus came to bring hope to the poor and the oppressed. Matthew shows us more of the dark side of Christmas He tells us that Joseph was planning to divorce Mary when he learnt that she was pregnant. And in our reading today, he speaks of the night escape to Egypt, of the slaughter of the innocents, and of the continuing threat to the life of the child Jesus. So today we look at 1. The mystery of the purposes of God Sometimes, after – for instance – an air disaster, you may hear the story of someone who was prevented from getting on the doomed flight. There was a hold up, beyond their control, and they got to the airport too late. And they speak of how God prote
Post a Comment
Read more

December 24, 2019
MIDNIGHT COMMUNION 2019 Don’t miss Christmas That might sound a very strange thing to say when you are at midnight. But it is very easy to do all the stuff of Christmas, and still miss Christmas One of our sons is going to miss Christmas. He started at university in the UK in September and, because his passport expires, his parents kept asking him to get a new passport. And he told us that he was too busy, that he needed his passport as his ID, and that anyway he was independent and could look after his own life and make his own decisions – so we should get off his back. I’m sure that those of you who are younger are never like that with your parents. Of course, I wasn’t!   And I’m sure that those of you who are parents of older teenagers have never had such experiences… Well, the result is that he put in for his new passport 10 days ago, and it only came yesterday. So he didn’t have time to get his visa. And he is going to miss Christmas here. It is not hard
Post a Comment
Read more

A reflection on the Stalingrad Madonna 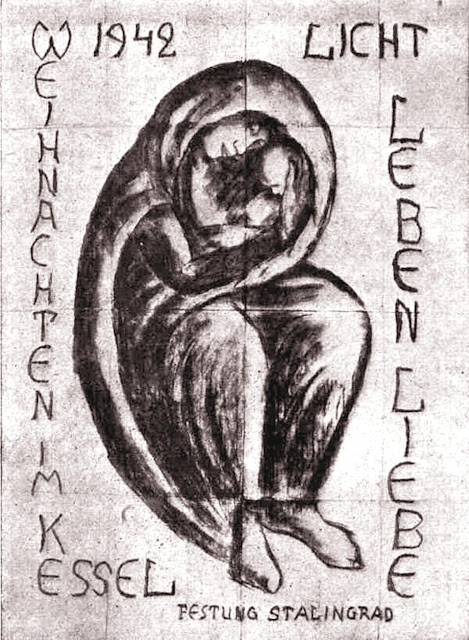 Kurt Reuber was an army doctor with the invading German army at Stalingrad. He was also an artist and a Lutheran priest. He had no paper and no drawing instruments, but on Christmas 1942 he drew what has become known as the Stalingrad Madonna with charcoal on the back of a Russian map. On the left he wrote ‘1942 Christmas in the cauldron/siege. Fortress Stalingrad’. On the right he wrote, ‘Light, Life, Love’. He drew a second Madonna and child a year later (the Prisoner’s Madonna ), Christmas 1943, after the defeat of the German army by the Russians, when he was taken as a prisoner of war to a camp in Yelabuga. He died from Typhus on 20 January 1944 Many of us will have seen films or read of Stalingrad, and those of us who have lived in Russia will know how the German invasion and the battle for Stalingrad has, like the 900 day siege of Leningrad, been etched onto the Russian soul. But unless we were there, or been in similar situations, I doubt we can even beg
Post a Comment
Read more

December 20, 2019
Matthew 1:18-25 Matthew tells us the story of the birth of Jesus from Joseph’s perspective (Luke tells us the story from Mary’s perspective) It must have been difficult for Joseph. He was engaged to Mary. It was probably an arranged marriage. But they weren’t yet married and they were not yet living together. And then Mary tells him that she is pregnant. She may have told him about the message of the angel – but he probably had been unable to listen to her. He will have felt angry, let down and humiliated. Particularly in that culture. There was no way the wedding could go ahead, but – and we are told that he is a righteous man - rather than publicly shame her and expose her to disgrace, he determines to leave her quietly, maybe go off somewhere himself. And then the angel comes to him and tells him not to leave Mary, that she has conceived by the power of the Holy Spirit, and tells him two things about this child 1. He tells Joseph to call the baby Jesus. J
Post a Comment
Read more 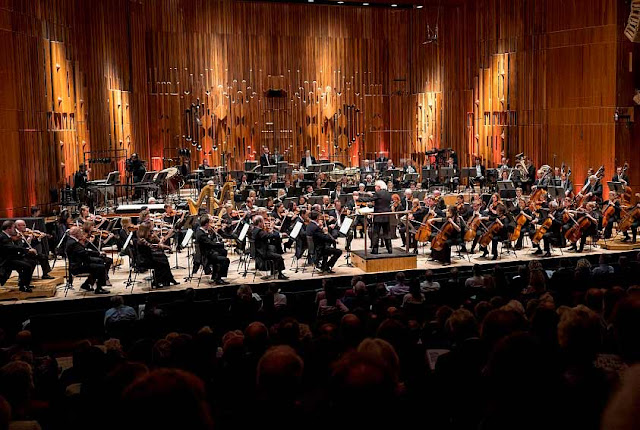 There was once a conductor who formed an orchestra. He chose the people who were to become part of his orchestra. He knew them, and he loved them. He wanted them to flourish, to become the musician that they could be, to play music that they could only dream of. So, for each of them he crafted an exquisite instrument, which he gave to them. At first it went well. They followed his direction. They listened to each other. It was an amazing score. The conductor had handwritten each score for each person. There were sections where it was very detailed, but there were also sections when players could improvise as in, for example, a jazz concert. And he had given to each player their moment of glory. And the audience that they played to was huge. A few weeks ago, I met Svetlana Kasyan who told me that she had come back from Verona where she had sung Aida in front of 40000 people. Wow! I was star struck. But the audience for this orchestra is far greater. It is an audience not
Post a Comment
Read more
More posts