The Kingdom of God

Three things from this passage

1. It is about the Kingdom of God

Matthew 9.35: Jesus went about proclaiming the Good news of the Kingdom.

Matthew 10.7: Jesus gives instructions to his disciples: ‘Proclaim the good news, ‘The Kingdom of Heaven has come near’.

The Kingdom of God is near.

In the Old Testament we are told about the Kingdom of God, the rule of God. 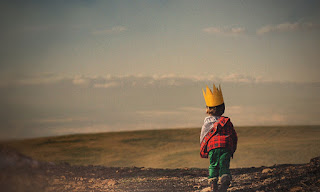 And at the heart of this kingdom there will be a king, God’s special ruler, also described as Messiah – or, in Greek, Christ.

And Jesus comes and declares that the Kingdom of God, the rule of God, as promised in the Old Testament, longed for by the people of God – through years of enslavement, exile and occupation – was very close.

The Kingdom of God has come near

It was near in time. It was coming soon in all its fullness.

But it was also near in space: they could reach out and touch the Kingdom of God.
Why? Because Jesus himself is the King of this Kingdom. He is the Messiah, the Christ. He is the presence of the Kingdom. And he is there – with them.

And so here we see him proclaiming the Kingdom, and also doing Kingdom stuff, Kingdom acts. He is the presence of the Kingdom so he cures ‘every disease and every sickness’ (9.35)

2. It is about the compassion of the King.

‘When he saw the crowds, he had compassion for them, because they were harassed and helpless, like sheep without a shepherd’ (9.36)

You will realise that harass has two meanings. To h-a-rass or to har-a-ss. The stress is important. To har-a-ss – well we here a great deal about that today: racial or sexual harassment.

But when it says that they were h-a-rassed, it is not speaking about har-a-ssment and more about being pressed in.

Jesus sees our weakness, confusion, fear, defencelessness. He sees how we turn to whatever little god, idol, promises, at the time, to rescue us: shopping or technology or medicine, moving to another city or country, a political leader, cosmetic surgery or a drug or alcohol.

And when we follow those things, Jesus does not despise us or look down on us. He does not say, ‘they have rejected God and made such a mess of their lives – and they deserve it’.

Instead he has deep compassion for us: he wants to gather us, like a shepherd gathers their sheep. He wants to call us together, protect us, guide us, provide for us and lead us into freedom and life.

Twice Jesus speaks about the people being like sheep: ‘sheep without a shepherd’, ‘the lost sheep of the children of Israel’

In our world sheep give their lives for their shepherd. They are bred in order to be killed so that the shepherd can live.

But Jesus  is the true good shepherd who gives his life for his sheep.

‘But God proves his love for us in that while we still were sinners Christ died for us.’ (Romans 5.8)

3. This is about the hope of being citizens of the Kingdom.

Jesus calls us to become part of his kingdom

When Jesus gives the 12 the charge to preach the Kingdom, and when he gives them authority over unclean spirits and to cure every disease and sickness, he is giving that command and that charge to his whole Church – not to each of us as individuals, but to all of us together. That is why he gives us different gifts. So that you begin to realise that you can’t do it all on your own, but we need each other.

At this stage, in Matthew 9, he gives them the charge to only go to the Jewish people.
But after his resurrection, in Matthew 28, the mission goes global. It is for everyone.

The task of the Church of God, the people of God, is to proclaim to people the Kingdom of God.

So we call people to stop living for this world, and for the things of this world – because those are the things which lead to us being harassed and helpless

And we call people, with his authority, to begin to live for that world and the things of that world. Because that is where we can find peace and our purpose and destiny.

Not by standing over people, telling them that they are wrong, and I am right, but to do this work on our knees: before God in prayer and before others.

And our task is to cure the sick – through prayer, and through hard work and study and using the gifts he has given us. Some of you are studying to practise medicine. As we’ve seen over the past few months it is a costly profession – but it is a profession that is close to the heart of God.

And later in Matthew Jesus says that the people of his kingdom will be the people who cure the sick, feed the hungry, give drink to the thirsty, clothe the naked, shelter the stranger, and visit the prisoner

So yes, the Kingdom of God is near.

It is close in time. We are talking God’s time here and not our time, and that means that we may still have a few thousands of years to go, but it also means that we should be living in expectation; it could be tomorrow or today.

And so, with the people of God for the last 2000 years, we pray a prayer that is both personal and cosmic: ‘Thy Kingdom come. Come Lord Jesus’.