Building our life on the rock 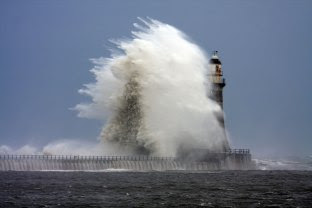 There is something odd about this simple story that Jesus tells. It does not say quite what we think that it should say.

They both came out to listen to Jesus.
They both were attracted to him as a person. They both loved his stories. They both admired his teaching. They were both fans.

If our lives are truly rooted and founded on the rock of the foundation that is Jesus, then when we read the bible we will not simply read it as a great resource for titbits of wisdom or comforting words (perhaps not much different to, for instance, ‘The little book of the sayings of Oscar Wilde’).
If our lives are rooted on Jesus then we will hear the word of Jesus as our ultimate authority. And we will seek to do what he says – even when what he asks of us appears to be extremely costly.

Imagine you have been taken for a flight in a light aircraft. The pilate has a black out. You are on your own. You have never flown a plane in your life. You have not got a clue what any of the instruments mean. So you call out to the person in the air control tower. They tell you that if you follow their instructions they can get you down safely. You know that your life depends not only on listening to what they say, but on doing exactly what they say.

Jesus here is saying that if we want our lives to stand up against the storms that will come our way, then we must be prepared to place our lives in his hand. We must not be simply hearers of the Word of God, but doers of the Word of God. If we want our lives to know the security of the peace of God in the face of trouble, conflict, catastrophic moral failure, shame, sickness or weakness, disappointment, desertion, lonliness, death and the final judgement that comes after death – then we need to be people who have built our lives on the rock of Jesus.

It means trusting him. It means obeying him.

Every year I encourage us to be people who listen to Jesus, who commit ourselves to spending at least 15 minutes a day to reading the bible and spending time in prayer.
But today our reading tells us that that is not enough. It is not just a matter of a confession of faith, but of conduct of faith. It is not just a matter of reading and hearing, but of obedience and doing.

This is not rocket science.  We’re not talking a grand plan of obedience, some great decision that needs to be taken, or even some miracle that you need to do. It is significant that just before telling us this story, Jesus has warned his listeners that people who say to him ‘Lord. Lord’ will be rejected if they have not done what he has asked, even if they have spoken powerfully, cast out evil and done amazing miracles in his name. This is not about doing big power-filled stuff. This is about a daily obedience which comes from a confidence that Jesus is the rock on whom I can build my life.

This story is the end of one of the greatest sermons ever preached. Jesus has spoken about getting the heart right, putting God first before all things and particularly before the pursuit of wealth and material possessions. And Jesus has taught that if we really do believe that he is the rock on whom we can build our lives, then we will seek His kingdom, we will have a deep hunger for God, or at least a hunger to hunger for God. I will seek to live forgiveness, be reconciled to my enemy, let go of hatred, show mercy, keep my word, pursue marital faithfulness and sexual integrity, give, pray, fast, examine myself in the presence of God before judging and condemning others.

So it is good to ask ourselves at the beginning of a new year, where are our foundations? What are the principles on which we build our lives?
It is not the sort of question that we often ask these days. We live for the moment. I’ll do whatever makes me feel good here and now. In which case the principle that we base our lives on is the pursuit of immediate personal happiness. And Jesus is OK provided that he enhances my personal happiness.

As one person said, “I have a lot of beliefs … And I live by none of them. That's just the way I am. They're just my beliefs. I just like believing them—I like that part. They're my little "believies." They make me feel good about who I am. But if they get in the way of a thing I want, I [will just do what I want to do].”

This story of the two builders is the invitation to submit to the exclusive lordship of Jesus, who fulfils the Law and the Prophets and warns the disobedient that the alternative to total obedience, true righteousness, and life in the kingdom is rebellion, self-centeredness, and eternal lost-ness, desolation. Basically, it is saying that if we don’t do what Jesus says, when the crisis comes (and it will come), our supposed faith will crash and we will crash.

So I finish with a quote from Andrew Murray, With Christ in the School of Obedience
“The true pupil, say of some great musician or painter, yields his master a wholehearted and unhesitating submission. In practicing his scales or mixing the colours, in the slow and patient study of the elements of his art, he knows that it is wisdom simply and fully to obey.
It is this wholehearted surrender to His guidance, this implicit submission to His authority, which Christ asks. We come to Him asking Him to teach us the lost art of obeying God as He did. ... The only way of learning to do a thing is to do it. The only way of learning obedience from Christ is to give up your will to Him and to make the doing of His will the one desire and delight of your heart.”