Glasses of water and the vulnerable missionary. Matthew 10:40-42

In Matthew 10.16-39 Jesus speaks to them of the opposition that they can expect

And in Matthew 10.40-42, he promises that whoever welcomes them and receives them -  because they are prophets (those who speak the words of God), or righteous (those who live the kingdom of God), whoever even gives a glass of water because they are followers of Jesus, will not lose their reward.

These first disciples, first missionaries, are to travel about Israel with nothing. No money, no bag, no change of clothing, and not even a staff.

They are to go as they are

They are to wandering preachers, with nothing. They are to be completely dependent on God. For them, the line in the Lord's Prayer, ‘Give us today our daily bread’, are not just words but a cry for mercy. And as they do that, they become effectively Jesus himself to the people who they preach to.

And this is not the only place that Jesus says this:

In Matthew 25, one of the most commonly mis-interpreted passages of scripture, Jesus tells us how the nations will be judged by how they have supported and cared for ‘the least of these my brothers’.

For those of you who know the passage and thought that you understood it, do read it again. It is not about showing general charity and kindness to everyone. Of course Jesus tells us to do that, but in other places.

Instead it is specifically about how the world receives the followers of Jesus. They are the strangers. Because they have gone with nothing to preach the Kingdom of God, they are the hungry and thirsty and need clothing. They may be sick or they may have been put into prison for what they are doing. They have been faithful to the command of Mathew 10.9-10.

And Jesus identifies himself with them.

What people do to them, they do to Jesus

The challenge is to be a bit more like those first followers of Jesus.

They needed someone to give them a glass of water because they were completely vulnerable.

On one occasion Jesus breaks all the social conventions of the time, and asks a Samaritan woman at a well for a drink of water. Why?

Well, yes he wanted to start a conversation with her, but also he was thirsty, he had no bucket and he was throwing himself on her mercy for a glass of water.

It became so common that the church had to put in safeguards to prevent abuse.

They speak of the need for letters of recommendation: the travelling teacher needed to come with a letter of recommendation from their home or sending church. You can't just accept anyone who claims to be teacher. Even the Church of England says that if you regularly teach or preach you need to be licensed and have had some training.

They also urge the early Christian communities to test these wandering teachers, to check that what they are saying is in line with what the apostles had taught, what the Bible teaches, and with what the people of God, as a whole, believed. Because if we welcome false teachers, we welcome a false message and through them we do not welcome Jesus but the devil.

And later, in the Didache, a book of instruction for Christians written late in the first century, these travellers are told that they must not stay in the same place for more than 3 days.

The Church through the centuries has known this sort of ministry.

We think of St Francis, calling his followers to literal obedience of Matthew 10. The original rule required them to beg for their food while they went round preaching.

And we think of some of the stranniki, fools for God, that are part of the tradition of this country. They would travel from village to village, preaching, and living on what was given to them.

My grandfather worked in the patent office in London. But later he gave that up and became a preacher who travelled around the country teaching in different Brethren churches. That  was how he earned his living. He was dependent on the gifts of the communities he went to.

And today we still find this sort of ministry.

There is an American Pentecostal, a man called Arthur Blessitt, who believes God has called him to walk in every country carrying a cross, praying and preaching as he goes. His blog about his visit to Moscow in 1988 is quite remarkable.

And when I visited Tanzania about 12 years ago, we met with people who were sent out to preach in the villages and to establish churches. They often went with nothing, apart from the recommendation of their bishop, and were dependent on the communities in which they preached the message.

I would be surprised if there are not some here who God is calling – for at least some point of their lives - to some sort of this radical, itinerant ministry.

But even if he is not calling you or me personally to that, we are still called to live as Kingdom people – not living for the things of this world, but living in dependence on God, on his guidance and provision and protection.

And so, when we preach and proclaim the crucified, risen and living Lord Jesus; as we proclaim the forgiveness of sins and the coming Kingdom; as we declare the love of God and that Jesus is God with us – we come before people vulnerable – deeply vulnerable – so vulnerable that at times we need them to provide us with a glass of water.

We do not preach standing over them but kneeling at their feet.

And then, if people welcome us, they welcome Jesus 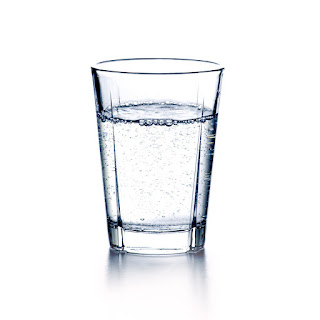 The encouragement is that if we welcome one who preaches Jesus and who lives the Kingdom, then we are welcoming Jesus and we welcome his Father.

And when we are talking welcome here, we do not simply mean a good handshake (in the days when we could do handshakes) and a how-are-you, but much more than that.

We welcome them, we receive them, when we allow what they say to become part of our lives, and when we give what we can to support them (‘for the labourer deserves their food’ v10).

And do you notice, he does not say you will get a reward if you open your house to them, or give them a feast. He says that you will get a reward if you give them a glass of water. God sees the heart, and if all that we can give, all that we can afford to give, is a glass of water - then that is enough. And we will not lose our reward.

And what is that reward? We are hearing what they say. We are receiving what God longs to give us: forgiveness, a new life, a new purpose, a new hope.