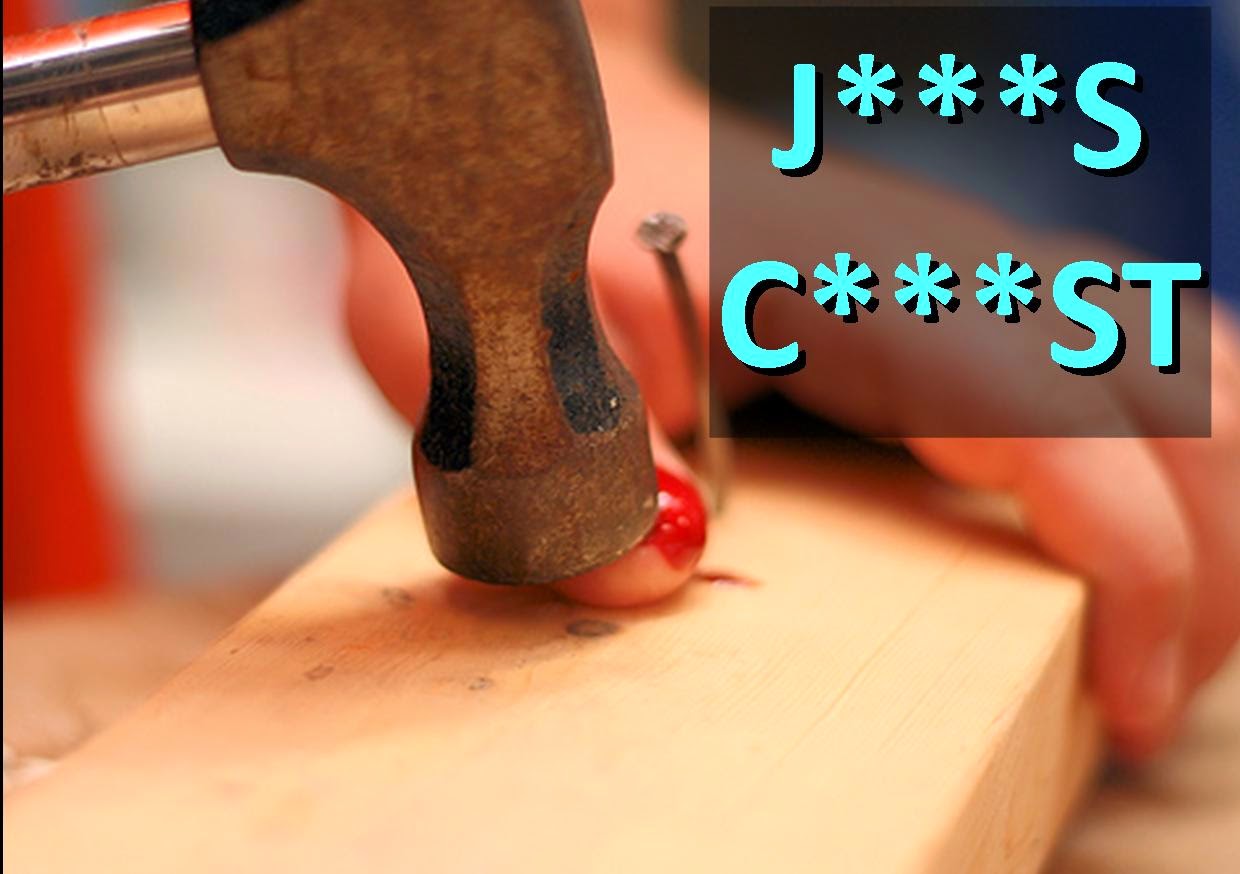 Noel Edmunds tells the story of the time when he was racing, had a crash and was thrown from his car. As he lay on the ground, he exclaimed, 'Jesus Christ'. To which the person running to help him said, 'No, No. Not him. Just one of his faithful followers!'

Jesus' name is possibly the name that is most used by people in this country when they swear. He has certainly surplanted Gordon Bennett. And Gordon Bennett probably never existed: linguists say that the name developed out of a softening of 'My Gawd'.

But as the article I was reading about Gordon Bennett stated, 'It's not an epitaph one would wish for - to become the physical embodiment of a swear word'.

Several years ago, if people said 'Jesus Christ', they would have been saying the words consciously knowing that it was blasphemy: either because the wanted to look big, or they wanted to shock, or they really did hate Jesus (and maybe the church). You certainly couldn't say them on public TV or radio. But my guess is that most people today don't think twice about saying 'Jesus Christ'. They are not making a statement. It is what you say when something surprising or painful happens.

But the interesting thing is that, ever since his birth, Jesus has been cursed.

When he was in conflict with the religious leaders of his society, they challenge him: 'You're demon possessed; you are a Samaritan'

When he hung on the cross - well, listen to this,
"They crucified two rebels with him, one on his right and one on his left. Those who passed by hurled insults at him, shaking their heads and saying, ‘So! You who are going to destroy the temple and build it in three days, come down from the cross and save yourself!’ In the same way the chief priests and the teachers of the law mocked him among themselves. ‘He saved others,’ they said, ‘but he can’t save himself! Let this Messiah, this king of Israel, come down now from the cross, that we may see and believe.’ Those crucified with him also heaped insults on him." 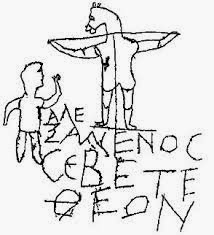 And within a few years of his death and his resurrection, people were mocking both Jesus and his followers. To choose to follow Jesus was to become a member of one of the most despised groups of people. There is a very famous grafitti probably dating from the early 200's: 'Alexamenos worships his God', showing Christ on the cross with an asses head.

And amazingly, the bible states 600 years before he was born, in a passage that most people agree is talking about Jesus, that he would be 'despised and rejected, a man of suffering, and familiar with pain. Like one from whom people hide their faces he was despised, and we held him in low esteem'. (Isaiah 53:3)

So why? Why curse Jesus?

Why curse him if he did such amazing acts of compassion and power: feeding the 5000, healing the sick, even raising 3 people from the dead.

I think that Jesus himself gives the answer.
He says to his followers on one occasion, 'If the world hates you, keep in mind that it hated me first. If you belonged to the world, it would love you as its own. As it is, you do not belong to the world, but I have chosen you out of the world'. [John 15:18f]

The reason that they hated Jesus was because he was different.

He does not 'belong' to our world.

I don't mean he was an alien. He was completely human like us.

But his identity did not come from his family, or his tribe, or his religion, or his country. His identity came from his relationship with God. He had this deep conviction that he was the beloved Son of God

Their authority rested on their moral achievements. They taught the law of God (or at least their version of it) and they kept the law of God as they taught it. And because of that they were honoured and respected and listened to in society.

He tells them of a God who has not come for the righteous but for the sinner: he tells the story of the shepherd who searches for the one lost sheep; the parable of the Pharisee and tax collector.

And because Jesus was different, he was free to identify with both the religious authorities, but also with the marginalised, with hookers, terrorists and tax collectors. It is hard to imagine a more explosive mix.

He partied with them. But he didn't become part of their group.

And Jesus makes some of the most outrageous claims:
·        to forgive sins,
·        to teach with an authority greater than that of the bible - speak the words of God,
·        to be the answer to people's deepest longings and desires.

He says that one day everyone who has ever lived or will ever live needs to stand in front of him and give account of their lives.
He claims that none of us are going to get to God by our own efforts, none of us is good enough, but that we can get to God if we put our trust in him and receive the forgiveness which he offers.

So perhaps it is not hard to see why people hated him, why they curse him.

He shakes our convictions
He opens the window to our souls and we see all the rubbish inside. And we realise that we will never be good enough, or clever enough or radical enough to get to God.
He shows us that deep down we need God, his forgiveness, his guidance and his strength.

And perhaps, even if people don't mean it, it is not so strange that in our culture which values self-dependence and self-affirmation and self-improvement and self-worth and doing it my way and the freedom to do or to be whatever I want - the one whose name we use as a swear word is the one who taught us that what is needed is dependence on God, that our value lies in God’s love for us and that the best way to live is doing it God's way.

CURSED BY GOD
Jesus may well be the most cursed man on earth - I can't think of any others who have become the physical embodiment of a swear word.

But what is odd is that the bible tells us that Jesus is cursed not only by human beings but was also cursed by God.

The Old Testament says that anybody who hangs on a tree is cursed: So crucifixion - the nailing and hanging someone to a piece of wood - was not only a most dreadful way to die. It was also a sign that the one who was crucified was under the curse of God.

And one of the first followers of Jesus, a man called Paul, picked up on this when he was thinking about Jesus' death. He said, 'Christ redeemed us from that self-defeating, cursed life by absorbing it completely into himself. Do you remember the Scripture that says, “Cursed is everyone who hangs on a tree”? That is what happened when Jesus was nailed to the cross: He became a curse, and at the same time dissolved the curse.' (Galatians 3:13f)

It might sound complicated, but it is quite simple.

And he has said that we can find peace and purpose not by working harder to be good or religious (we will never be good enough), not by becoming famous or getting rich or finding human love (it will let us down) - but by coming to him.

The death of Jesus and the curse of God are, of course, not the final word. Having dealt with the curse, God raised Jesus from the dead.

And he is now Lord, and because he freely took the curse onto himself, he has become the source of blessing.

So I would invite you to call on the name of Jesus Christ, the most cursed man in history

Not JEEESUS CHRIST
To be honest, it is a bit of a risk to use that name as a swear word. We are going to look very foolish on the day of judgement if it turns out to be true.
But Jesus Christ.